Other Voices: Daughters of the Holocaust

Other Voices: Daughters of the Holocaust 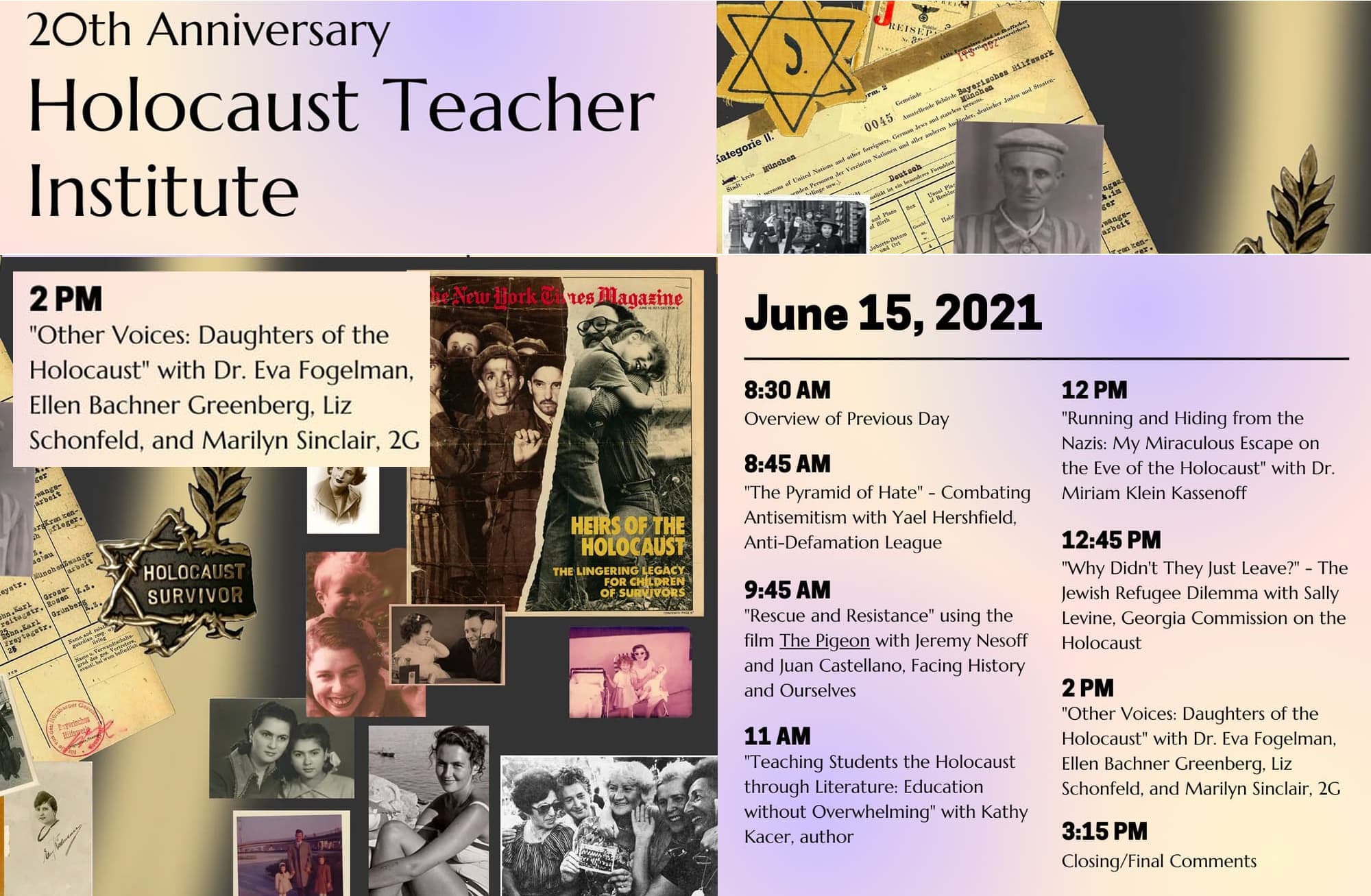 The University of Miami School of Education & Human Development and The Leslie and Susan Gonda (Goldschmied) Foundation together with The Miami-Dade County Public Schools, Division of Academics, Department of Social Sciences presented the 20th Anniversary Holocaust Teacher Institute June 13th – 15th, 2021, online via Zoom. Funded in part by the Commissioner’s Task Force on Holocaust Education.

The panel, Other Voices: Daughters of the Holocaust, was moderated by Dr. Klein Kassenoff founding director of the University of Miami Holocaust Teacher Institute. She is also the Education Chairperson at the Holocaust Memorial in Miami Beach, Florida, and the Education Specialist for Holocaust Studies for Miami-Dade County Public Schools.

Dr. Kassenoff asked the panelists when they became aware of their identity as children of survivors, when they decided to do with this new identity, and what memento they carry with them from their mother and father. The participants who are leaders in their respective communities felt that this was an opportunity for them to be in touch with their personal motivation to do what they are doing to raise Holocaust and genocide consciousness, to educate the next generation to make a difference in the world.