Under conditions of terror, most people are passive bystanders. Some become persecutors, while few jeopardize their lives to save the victims. Marion Pritchard, who died in December 2016 at the age of 96, risked her life.

In the early 1980s, shortly after Marion was awarded the designation of a Righteous Among the Nations of the World from Yad Vashem, the World’s Holocaust Remembrance Center in Israel, I interviewed her along with hundreds of other rescuers in my quest to learn what it took to become a rescuer of Jews during the Holocaust.

This most unassuming Dutch-American woman spoke matter-of-factly of life-threatening risks, of being jailed for seven months for resisting the Nazis in Amsterdam, of feeling guilty that she did not do more than save the lives of some 150 children and adults in German-occupied Netherlands during World War II. Interspersed in her speeches and interviews were accolades for and recognition of other people who had facilitated her rescue efforts.

Marion P. van Binsbergen’s upbringing between the two World Wars gave her much of the courage and morality she needed to become a rescuer. Her father was a loving liberal judge, and her British mother came from a family of Anglican churchmen. Her mother, playful and bold, tended to bend the rules, but she also instilled a strong sense of religion in the home. Marion learned early the value of tolerance and acceptance of people who are different. As a child, when she took ballet classes, she told her father about gays among the dancers. Her father explained what he knew about homosexuality, and cautioned her not to be judgmental of people who are different. Dinners and summer vacations were a time for long discussions, and young Marion’s opinions were valued. This enabled her to think independently and feel a sense of competence.

When the Germans invaded the Netherlands in 1940, Marion was studying to be a social worker at the University of Amsterdam. She was part of a group of students who gathered to listen to illegal Allied radio broadcasts and to prepare leaflets with information about the Occupation, which they distributed around the city. Marion was caught doing so and was arrested and jailed for seven months. Her younger brother was also caught, along with a 12-year-old friend, for spouting anti-German rhetoric; her brother was jailed for a few hours, but his friend was beaten to death. Marion’s father, meanwhile, was taken hostage for his prominent opposition to the Germans; he died of cancer soon after.

In the fall of 1942, Marion’s role as a work-a-day rescuer started when one day, on her way to social work classes in Amsterdam, she watched as Jewish children were being herded into a truck—picked up by their hair or hands or feet and thrown inside. Two bystanders tried to grab the children and save them from their fate, but the women were thrown into the truck too. “I stood frozen on my bicycle and cried,” Marion later recalled. “Before this, I had known of the threats, but I had not actually seen the Germans in action. When I witnessed this, I decided that rescue work was more important than anything else I could be doing.” With 10 others, she soon became part of a group that worked to place Jewish children in safe homes, to provide extra food for families harboring Jews, and to provide false identification for Jews.

Marion had vivid memories of the dozens of times she was asked by someone in the resistance to transport a child to a potential family. At times, a family changed their minds and she would figure out a new hideout. Marion and her associates smuggled Jewish children who were on their way to being deported in laundry hampers, knapsacks and suitcases. Once, a friend asked Marion to harbor a man and his three young children. She moved them to a house in the country and pretended the children were hers. When the house was raided, she saved her charges by killing the Dutch policeman with a revolver. In other instances, Marion helped Jews escape when their houses were raided by SS officers.

After liberation, most rescuers who operated in networks resumed their lives, which could never measure up to the heroism they demonstrated during the war. Not Marion. She wanted to meet up with some of those she rescued, and tried to find them among the inmates in displaced-persons camps. She worked with Jewish organizations to arrange for orphans to find a safe haven in Palestine, and began working for the United Nations Relief and Rehabilitation Administration, where she met Anton Pritchard, a U.S. Army officer who had remained in Bavaria after the war to head a DP camp. They married and moved to the United States in 1947. Pritchard continued her work as a social worker in Boston, where her husband studied at Harvard under the GI Bill. Initially, the Jewish Family and Children’s Services would not hire her because she wasn’t Jewish, but the group relented after a year, since Pritchard could communicate with Holocaust survivors in Yiddish, which she had learned in DP camps.

It would take almost 40 years before Marion spoke about her ordeals and rescues during the Holocaust. But after much convincing that it was not boastful to talk about them, and that young people needed role models like her, Marion began accepting speaking invitations. Still, her speeches were a platform not for herself, but to promote the recognition of Jews who rescued Jews. (She thought it unfair that Yad Vashem honored only non-Jews who rescued Jews; there is now a whole movement to recognize Jewish rescuers.)

When Marion turned 72, she contemplated what she wanted to do with the rest of her life. She returned to the words of an Episcopal General Confession: “Left undone those things which we ought to have done.” From then on, she worked to get Christian churches to acknowledge “their responsibility for anti-Semitism and ultimately the Holocaust,” as she described it. “In order for Christian preaching and teaching to continue and become credible in the post-Auschwitz world, it could not deny how it persecuted the Jews for more than 2,000 years.” Although the cause didn’t gain widespread attention, her determination inspired others to take it up.

In a time when our society seems so focused on alienating “the other,” Marion Prichard modeled, during and after wartime, how to help others—even when faced with unspeakable evil and danger.

Eva Fogelman is a social psychologist, psychotherapist, author and filmmaker. She is founding co-director of Psychotherapy With Generations of the Holocaust and Related Traumas at the Training Institute for Mental Health in New York. 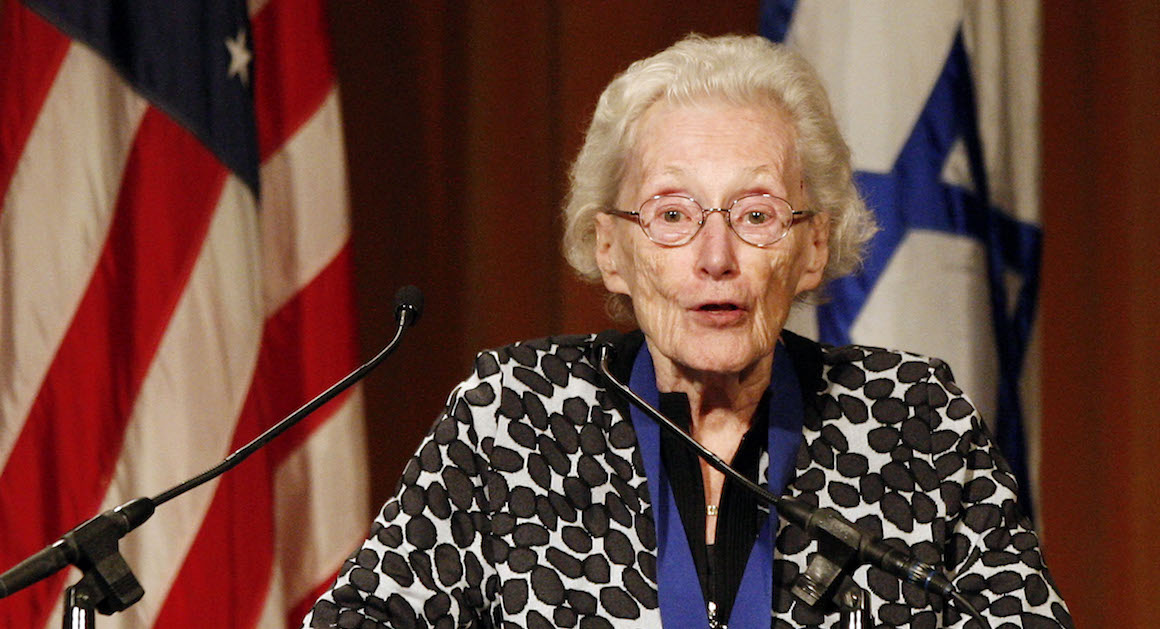